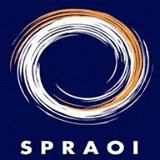 RTE's Nationwide were here on Monday, 10th June at 11.00 a.m. to film us decorating our Spraoi flags.

Spraoi Waterford are celebrating their 21st anniversary with a climb of the Comeraghs on 22nd June. They will be bringing flags with them which have been decorated by primary school children from around Co. Waterford.


The Nationwide crew were here to film us putting the finishing touches to our flags. They are bright yellow in colour  - the colour of the furze on the Comeraghs. We have four flags to decorate - watch this space for the pictures. 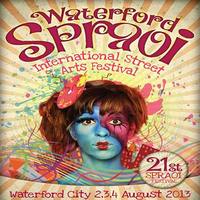 During the climb, the Spraoi members will make a formation with the yellow flags which will be filmed from a Sikorsky helicopter and broadcast as part of the programme.

Many thanks to our favourite artist Clare Walsh for her help with this project.
The bridge you can see is the old railway bridge over the river Mahon in Kilmacthomas. The horseshoes are part of our crest - we are situated opposite the Horseshoe Wood. The other two flags represent our interest in art and sport. 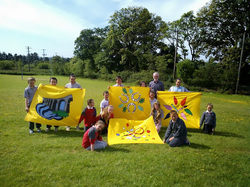 T.V. Honan from Waterford's Spraoi came to collect our flags. We are looking forward to seeing them on RTE1 Nationwide on Monday 24th June at 7.00 p.m.

Our flags in the Comeraghs.... 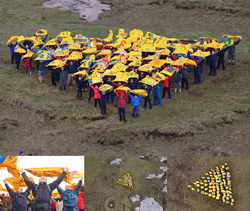 Message from T.V. Honan of Waterford Spraoi -
We had an AMAZING day in the Comeragh Mountains on Saturday.

made an fantastic piece of art with flags on the summit at Solstice.

The flags were made in schools throughout Waterford. What a blast!

Nationwide crew filming as the children show off their Spraoi flags.

Many thanks to Clare Walsh for her help with this project.