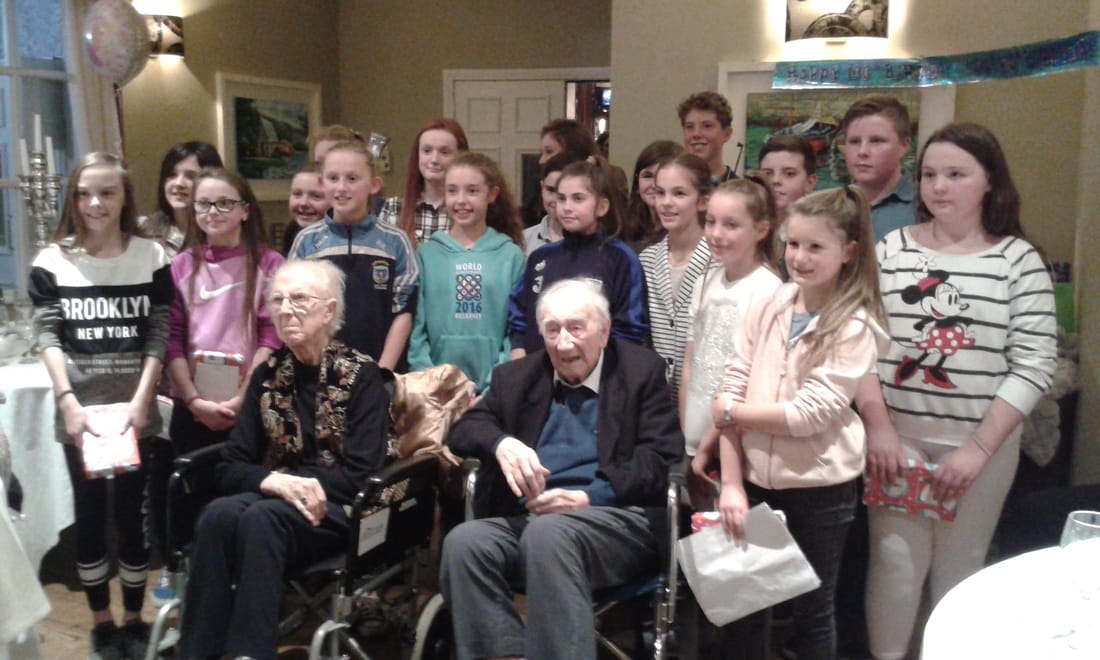 A HUGE Happy Birthday to our oldest past pupil, Danny Kirwan who celebrates his 100th birthday today. Danny was born in December 1916 and we were very proud and honoured to be invited to help him celebrate. We sang some of Danny's favourite songs; "Are you right there, Michael?" by Percy French; Cutting the Corn at Creeslough - a song about emigration, The Foggy Dew - a song about 1916 and finally especially in his honour, we sang Danny Boy.
We then presented him with a copy of a page from the roll book from December 1926, when Danny was preparing to celebrate his 10th birthday. Bevin was the person nominated to present it as her grandad, Peter Gallagher was a classmate of Danny's.
Go mbeirimid beo ag an am seo arís! 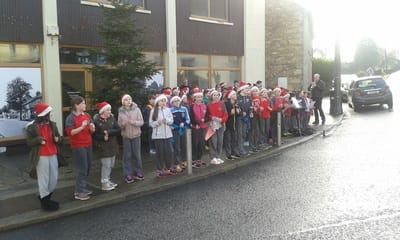 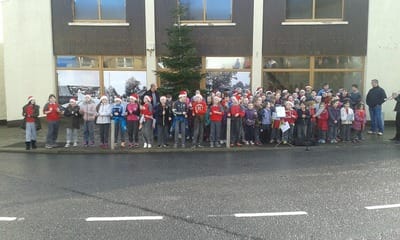 Our Green School committee organised lots of Walk to School mornings as part of European Mobility Week earlier this year. There was such a good turnout from the pupils that we won the 1st prize of €250. Waterford Sports Partnership came to present the committee with their prize. Well Done all!!! 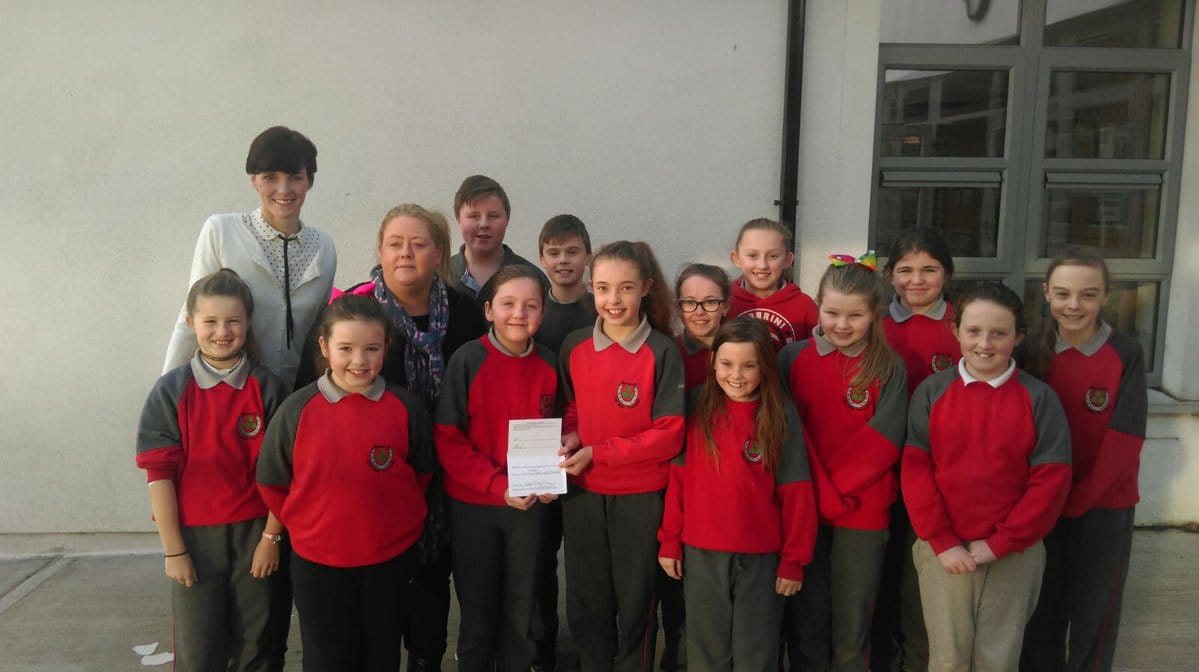 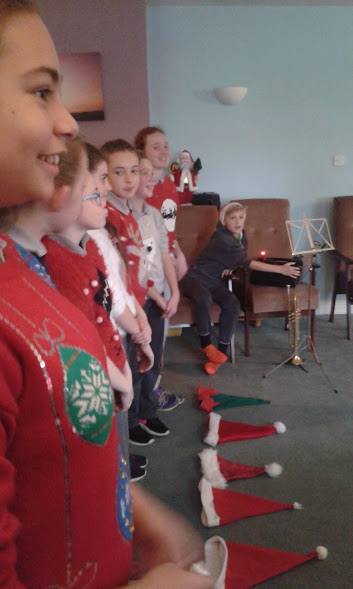 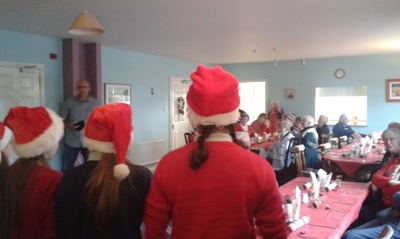 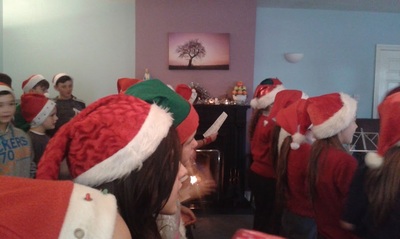 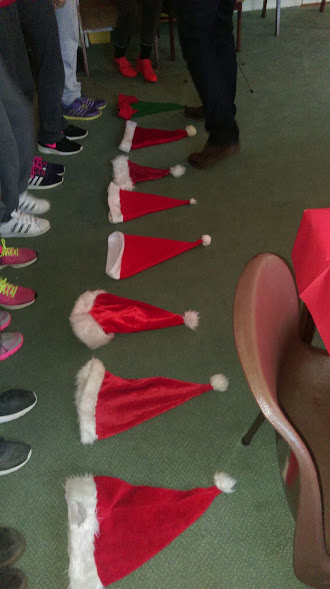 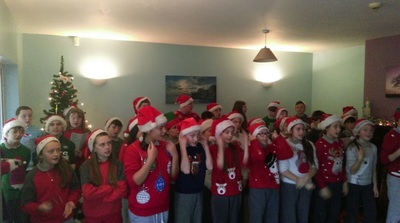 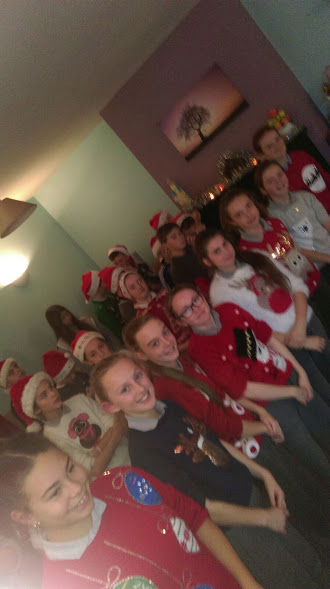 Carol Singing at Kirwan's/Mulhearne on WLRFM 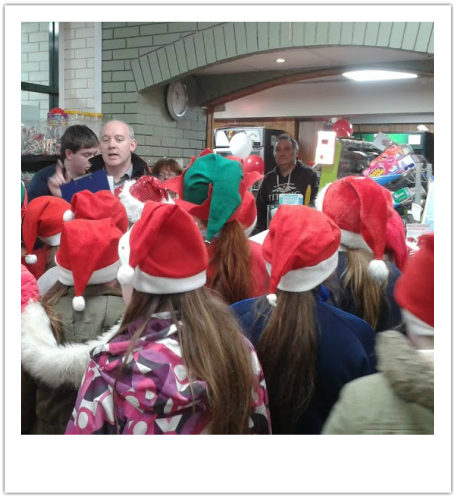 We were invited to sing in Kirwan's / Mulhearne's, Kilmacthomas as part of WLRFM's broadcast on Wednesday 14th December. 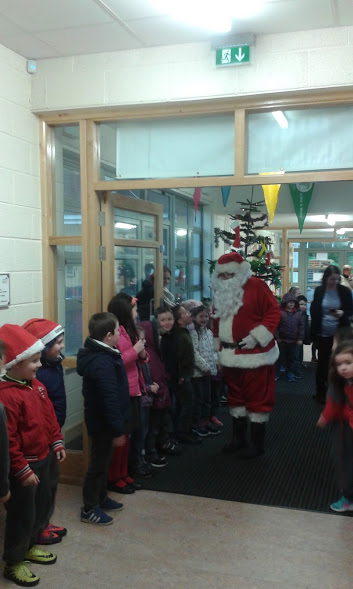 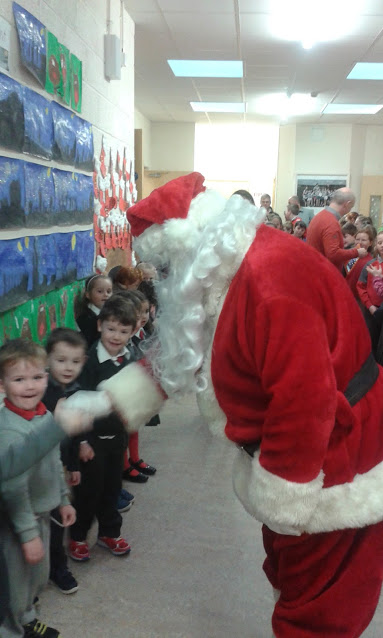 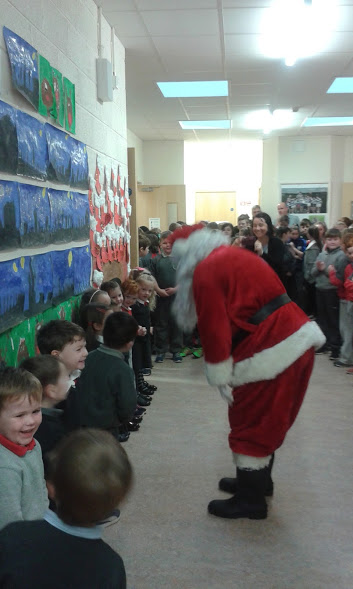 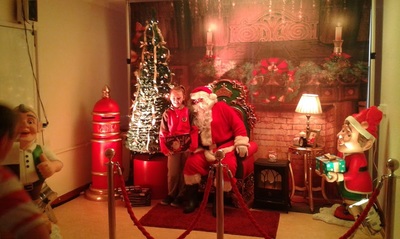 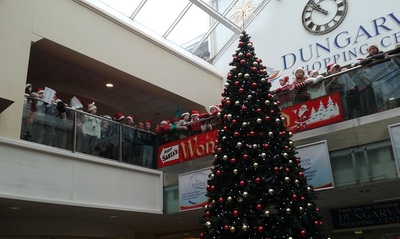 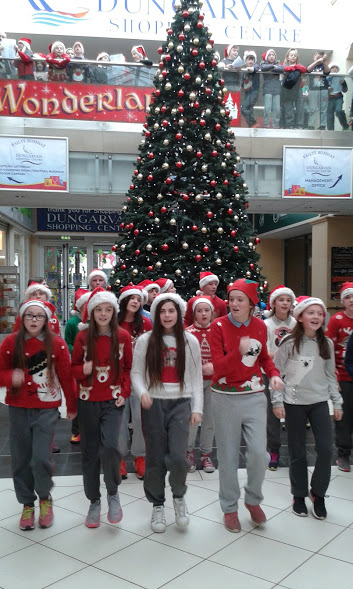 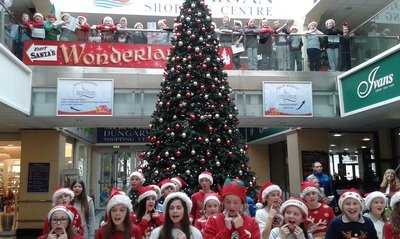