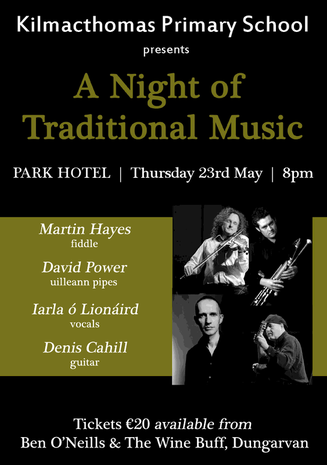 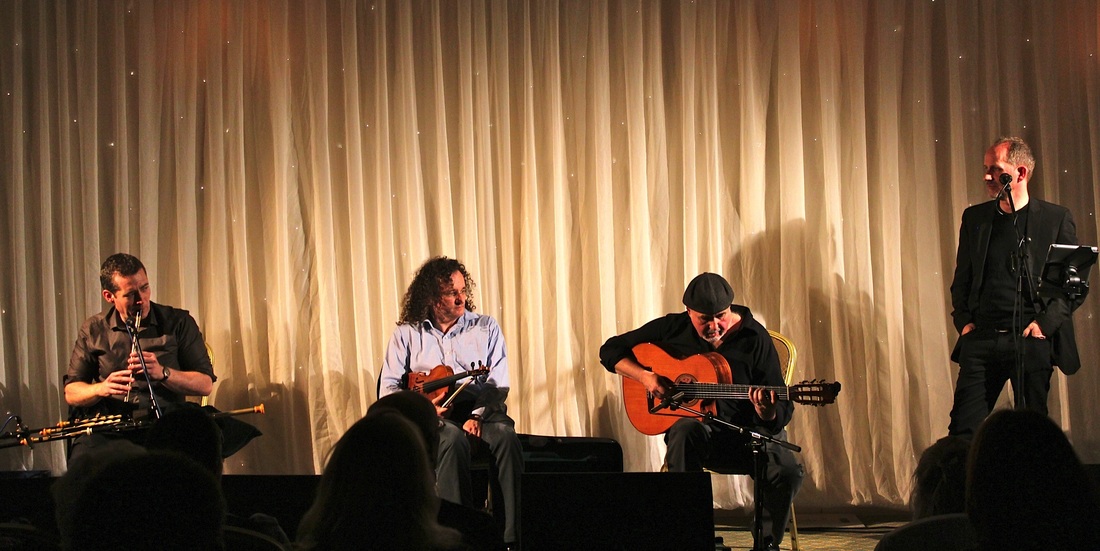 Mr. Power's incredible tin whistle band on stage in the Park Hotel.
We had a wonderful, wonderful night in the Park Hotel for A Night of Traditional Music. The hall was full. The music was great. We all enjoyed ourselves. It was a night to remember for a very long time.


Thank you to each and every person who helped in every way to make the night such a great success. A very special thank you to all of our pupils who were models of good behaviour on the night. They listened attentively and loved every minute of it. Many, many compliments were paid to them by other members of the audience.


Finally, to Mr. Power's amazing tin whistle band - you were fantastic!!! They got a huge cheer when they were finished. 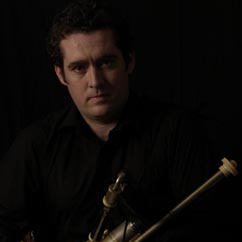 David Power
David Power has been a teacher in Kilmacthomas Primary School for the last number of years. He is also one of the leading traditional musicians in Ireland at the moment. He plays the uilleann pipes with a skill that has to be seen and heard to be appreciated.
Speaking about a performance at the Sydney Opera House in 2009, the Sydney Morning Herald said;

“His phrasing and meticulous employment of bent notes and timbral alterations cracked the heart of the tune wide open, making it unspeakably desolate, yet as beautiful as death itself” 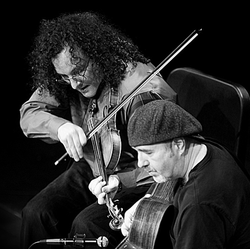 Martin Hayes & Dennis Cahill
Martin Hayes is regarded as one of the most extraordinary talents to emerge in the world of Irish traditional music. He is famed all over the world for his mastery of his chosen instrument, the violin. He is a native of Co. Clare. He is the recipient of major national and international awards, among them the prestigious Gradam Ceoil, Musician of the Year 2008 from TG 4.

Dennis Cahill is a Chicago native. Both of his parents hail from the Dingle area of Co. Kerry. He is a master guitarist and creates a unique sound.
The Seattle Times has this to say of Hayes and Cahill;
“The remarkable duo has honed a ravishing repertoire by distilling the melodic essence of traditional Irish tunes. Hayes and Cahill have distinguished themselves by bringing chamber music's intensity and dynamic control to folk tunes.”—Seattle Times

Martin Hayes and Dennis Cahill have popularised this great culture and are wonderful ambassadors for our musical heritage.  Speaking about recent ‘Masters of Tradition’ musical tours, Hayes says;

“The goal of this show is to focus on the details and nuances  of Irish Traditional Music – These performers are masters of their instruments.  Through their talent and abilities, the sophistication and artfulness of the music is revealed” 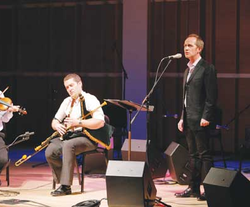 David Power & Iarla Ó Lionáird
Iarla Ó Lionáird is a native of Cúil Aodha in the Múscraí Gaeltacht in Cork. He has become the premier exponent of sean-nós singing in the country. He has brought his craft all over the world.  According to Time Out New York;
“His voice will astound you.  It soars – and it’s as profound, simple and beautiful as wild horses...Genius is the operative word here.  Traditionalists will be spellbound, newcomers will be intrigued, and wannabee’s will change careers.  Count yourself lucky to hear an artist like this once in a lifetime!” 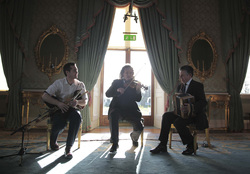 David Power, Martin Hayes and Peadar Ó Riada in Áras an Uachtaráin at the invitation of President Michael D. Higgins as part of Glaoch - The President's Call.

at the Rio Theatre, Santa Cruz.